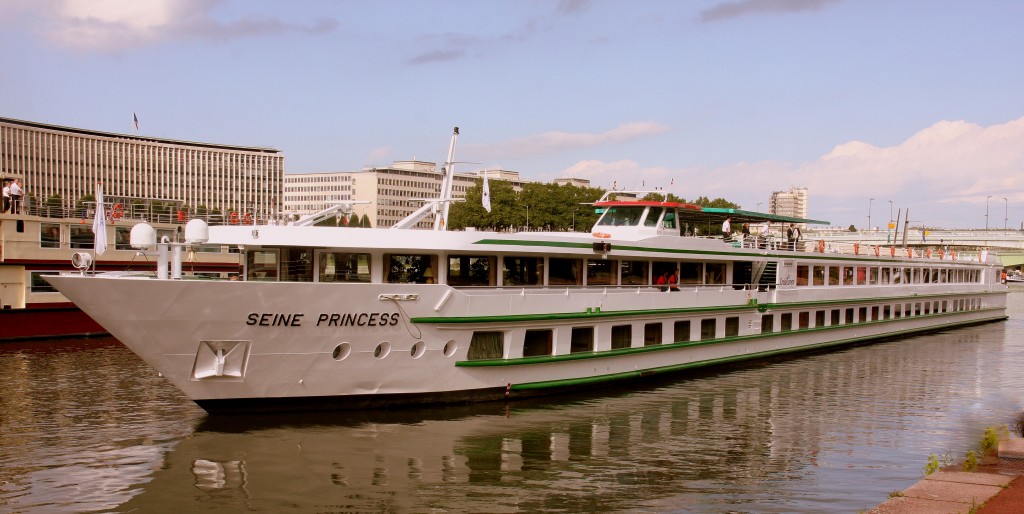 Our Waterway Cruise Reports often consist of two highlights… things we experience that could not happen at home, and the occasional serendipity of finding a bit of “home” in our travels!  “Home” for our cruise along the winding Seine River was CroisiEurope’s sparkling SEINE PRINCESS. Limestone faced bluffs, a steady parade of tiny rural villages, historic ruins and churches, complimentary open bar, and exceptionally delicious meals were our daily fare. 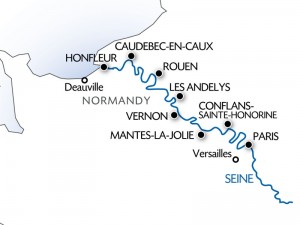 Our cruise on the Seine  Princess would meander past castle and abby ruins, medieval walled villages, Joan of Arc’s city of Rouen, and culminate in an evening cruise among the night lights of Paris!

UPDATE: This specific cruise is currently ON SALE!  Contact:CROISIEUROPE… www.croisieuroperivercruises.com/…..‎
1 (800) 768-7232 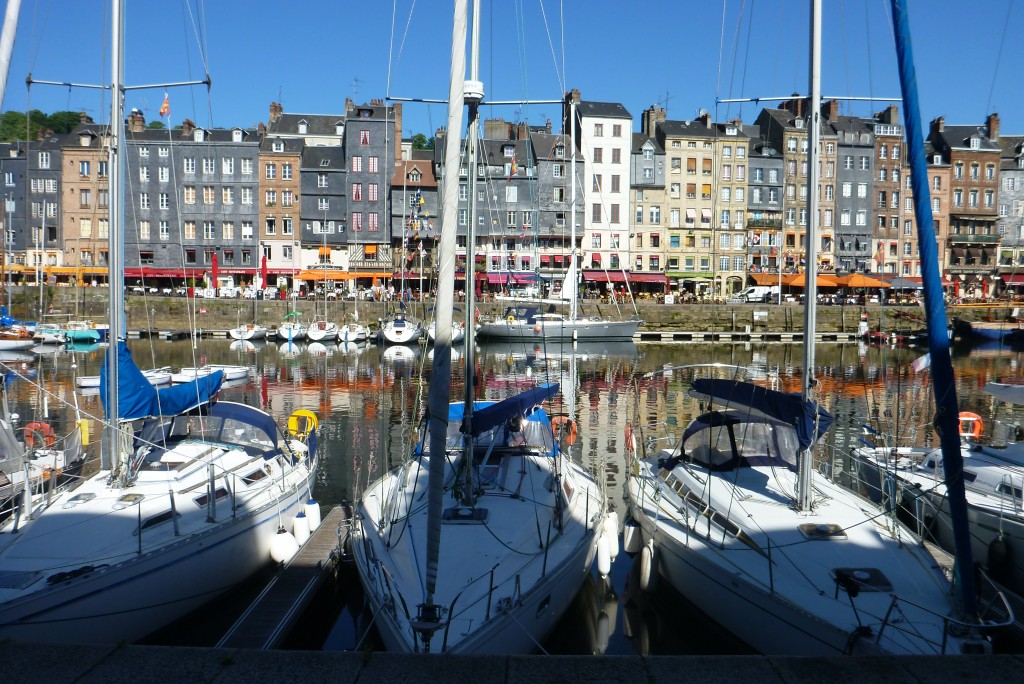 Rendezvous: HONFLEUR on the NORMANDY COAST of France. These very medieval warehouses which today house restaurants, art galleries, and butcher shops were once the depository of pelts from the French Fur Trade in North America!

Our gathering point for the cruise was Honfleur, which was conveniently located near the D-day Landing Beaches of Normandy. Our cruise normally included an optional shore tour of the beaches, but since it was actually June 6 that we would have toured… amidst stringent security… we spent the week before  boarding the Seine Princess at a hotel in Arromanches– with a rental vehicle for independent visits to the beaches and throughout the villages of Normandy.

Honfleur was a town of sea-going merchants, sailors, explorers, fishermen long before the travels of Columbus. Normandy had been sacked repeatedly by Vikings (North Men, thus, Normandy) so fishermen with restless Viking blood had long explored the ocean currents from Honfleur to Newfoundland as they fished for Cod. We found its beautiful pleasure boat harbour, lined with picturesque shops located in medieval warehouses, the winding stone paved streets, and the ancient wooden church well worth the two days allotted to our visit there. 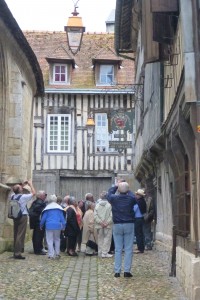 Each day on the cruise two optional shore visits were planned… generally a guided walking tour and an afternoon bus tour.  In every case, we found the guides to be passionate, and very knowledgeable about our destinations.

One of the first merchants I met in Honfleur mentioned that many from North America and Quebec visit Honfleur today on the hunt for genealogical records of ancestors descended from the region. The very name QUEBEC represents, surprisingly, not a French word, but a Norman or VIKING word meaning a narrow spot in a broad stream of water.

In fact, a bust of Samuel de Champlain, a French explorer and cartographer best known for establishing and governing the settlements of New France and the city of Quebec adorns the castle ruins at the port… a monument to a “north man” who went on to be the governor of the infant city of Quebec. I was told that several other names, well known to us… such as La Salle and Cartier… would have left on their discovery voyages from this very port city. 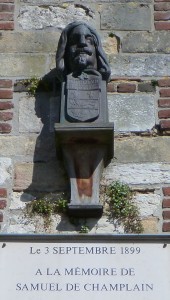 It is indeed a small world!!