Is the big one about to hit the central United States? Maybe not, but a recent swarm of medium-sized earthquakes in Missouri’s New Madrid region has residents on edge. 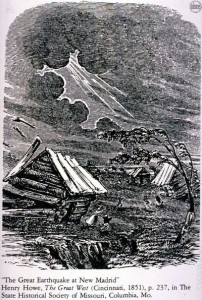 The area of the New Madrid fault is the site of the nation’s most powerful earthquakes ever east of the Rocky Mountains which occurred in 1811–12 and caused the Mississippi River to flow backwards. This same area experienced six quakes on Monday, September 30, 2019, according to officials with the United States Geological Survey.

All six recorded earthquakes on Sept 30, 2019 include:

According to the USGS, there have been 12 earthquakes in the past seven days in the Heartland. Click on the blue links for detailed info from the USGS.

If an earthquake the size of the 1811-12 earthquake hit today, cities from St. Lto Memphis would see extensive damage in the hundreds of Billions with a loss of possibly thousands of lives. Midwestern cities typically do not have building codes that account for earthquakes because of their relatively rare occurrence.