As we drove Minnesota’s Great River Road from Red Wing  to La Crescent this weekend… “indicator species” at various waysides highlighted the arrival of Tundra Swans!

Such clusters of humans with binoculars and cameras announce the “swan song” of 2011. Best viewing of Tundra Swans seemed to be right along HWY 61 just north of Minnieska, Minnesota (Weaver Bottoms) and again just south of Goose Island in Wisconsin. No doubt the Swans are also clustered just outside of Brownsville, Minnesota, and perhaps just north of Alma, Wisconsin at Reich’s Lake.

A word of warning though… I saw two men standing on the railroad tracks engrossed in watching an American Bald Eagle soaring up above.

There is a very real possibility that when engrossed in viewing wildlife, one would never hear the train coming until it is simply too late. Stand well off the railroad tracks!! 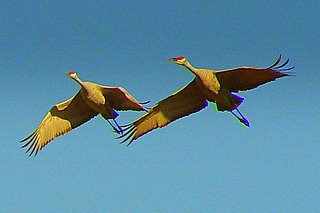