How cool is this? We just discovered that Our favorite hand painted Mississippi River maps can now be purchased online as tote bags, wood signs, T-shirts, coffee mugs, yoga mats and more! Click image below to purchase our coffee mug for yourself or as a gift! 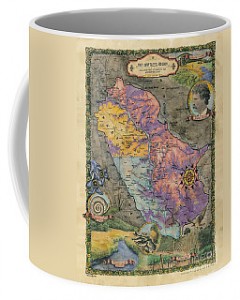 Driftless Region Map on your coffee mug!  $14 at FineartAmerica.com Click image to choose your favorite mug!

Click this link to search ALL LIFESTYLE PRODUCTS, each with your favorite hand painted Mississippi River map!  Choose your map, your product or gift options, sizes, colors, orientation and more. Choose from stretched canvas to throw pillows to T-shirts 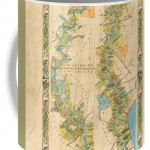 Don’t see your favorite map in our product catalog?? Call 888.255.7726 and we will help you find it, or get it posted for you! Looking to license an image for your commercial product? YES, we do that!

We are blessed to have a number of really wonderful wildlife photographers on the Upper Mississippi River. I’ve often mention Alan Stankevitz as a favorite. He has posted one of his beautiful Tundra Swan videos with his note and a link below. Alan often employs some of the more advanced photo technology, which makes his work really unique.  Enjoy!

From Alan:  This fall, I had the opportunity to spend some time down on Pool 8 of the Mississippi River to photograph and video the fall migration of waterfowl and of course, Tundra Swans.  You can find my journal entry with a few photos here.

It really is difficult to portray the beauty of the area however in just pictures and with that I have created a video showing not only the Tundra Swans but some beautiful sunrises and sunsets. This video is on Youtube and if by chance you have a 4k monitor or TV, you can view it in its 4k full resolution.   Click here to watch the video.

Enjoy and here’s to a Happy, Peaceful and Healthy New Year! 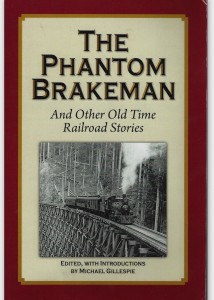 As with all our books by steam historian, Michael Gillespie, this collection is full of historic photographs, entertaining tales from the days of steam railroading, and witty, insightful editorial commentary!

If you enjoyed COME HELL OR HIGH WATER, WILD RIVER WOODEN BOATS, or OLD TIME RAILROAD Stories, you will want to add this quality book to your steam collection.

Railroad buffs will also enjoy our broad selection of gift prints of Railroad maps! Please visit greatriverarts.com > SHOP and then enter railroad maps into the SEARCH button. We have maps for many individual lines and states. Also, all maps in the 1906 series include rail lines from that time frame. 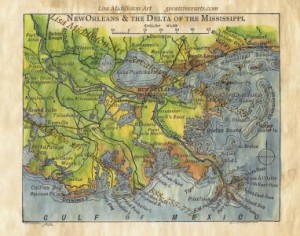 Thank you, Greg Koelker for detailed report on Mississippi River Railroad Trespass Hearings. This is a significant issue for all of us along the Upper Mississippi River. If folks are not allowed to cross the railroad tracks. the trains which rattle our countryside constantly will also become a FENCE to separate us from the recreational resources we ALL love most about the river. It is worth paying attention to the discussions. ~Pat

Some 200 hunters, fishermen, trappers, birders, snowmobilers, business owners, community leaders, government employees and other concerned Mississippi River recreation enthusiasts showed up to be heard by State Senator Jennifer Shilling, Tim Yager from the Department of Fish and Wildlife, and the Railroad Commissioner of Wisconsin, Yash Wadhwa at the De Soto Community Center and Stoddard Legion on April 22.

After introductions, Tim Yager informed the group that there has been investigation into 17 to 18 additional rail crossings along the Mississippi with good line of sight.  He added that these could cost between $15,000 and $250,000 each. He said that the position of the USFW is that they want safe and adequate access to the over 240,000 acres of the Upper Mississippi River Refuge.  The river is bordered by railroad tracks on both shores.

Dan Knapek of De Soto asked what percent of the railroad’s profit would it take to create the needed rail crossings.  Commissioner Wadwa said there were already 26 possible crossings being investigated.  They are looking to define all options and look into shared cost.

Long time member of the Wisconsin Conservation Congress, Bill Howe of Prairie du Chien said, “The railroad’s desire to limit access entirely impacts the entire rail system in this country.”  Howe called the railroad’s position, “…a great threat.”  He added that 15 to 20% of railroads are not on their own lands.

Dan Trawicke of Waukesha, representing the Safari Club, said, “This is not just a Western Wisconsin problem.”  He said that safety is a number one concern, but he added that it takes common sense.  “Additional crossings are not the answer,” said Trawicke, “we have a constitutional right” to access those lands.

Greg Koelker of Stoddard said, “Safely crossing a railroad track is no different that safely crossing a highway.  Look both ways and listen.  Then cross if it is safe.  Every first grader knows that.”  He added, “. . .  no amount of legislation will change the minds of suicidal people, drunks, idiots trying to beat a train, protesters of whatever, and especially not terrorists.”  Koelker brought up the long tradition of using the tracks to access the river. “I grew up near Cassville and my dad and I would walk the tracks to access ice fishing sports on Bertram Lake. For years, our family members crossed the tracks to trap and hunt ducks and deer and even morel mushrooms.  I used to cross the tracks at Shady Maple to ice fish with my family.  I have friends who cross the tracks to hunt ducks out on peninsulas along the river. There is no other way to get to those waters for much of the year.”  Koelker said he hears from legitimate sources that at least 50% of our legislators already support the change.  He added that, “I understand that the Railroad Commissioner has the power to order placement of railroad crossings.  I urge you to consider directing more pedestrian railroad crossings and to support changing the trespass law to allow direct crossing of the tracks.” 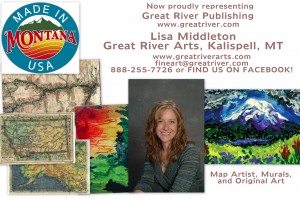 For those who have noticed our promotion of our new line of historic OLD PACIFIC NORTHWEST maps, we are pleased to introduce our Map Artist, Lisa Middleton! Lisa’s home base is Kalispell, Montana. We are pleased to note that her art was recently designated as a “Made in Montana” brand. This is a juried brand that carries a great deal of prestige for artists in the Northwest. Congratulations, Lisa!!

Many of Lisa’s maps of the old Pacific Northwest were produced by Cartographer, John Bartholomew, a significant Cartagrapher from 1831-1893. Bartholomew learned his trade from his own father. His son, John George Bartholomew (1860-1920) brought the firm to prominence. Eventually five generations were involved in the company trade. This Edinburgh, Scotland, map company produced a series of detailed American state maps which become even more stunning when painted by Lisa Middleton.

Lisa’s current collection includes many Bartholomew maps of the west produced in the 1870s to 1890s. The Lake Erie, Montana, and Idaho maps were all originally published by John Bartholomew. We recognize them because the “Scale of Miles” is in “English Miles.” Maps may be labeled “Bartholomew,” “John Bartholomew, or “Bartholmew and Company.”

Lisa will be presenting her product to Western retailers at the “Made in Montana” show in Great Falls, Montana, March 20-22. Please do drop by and see this fresh historic map product! See all her Mississippi River and historic Pacific Northwest maps at www.greatriver.smugmug.com/Art. 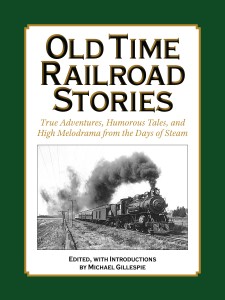 What a great match OLD TIME RAILROAD STORIES will be for our new MONTANA RAILWAYS historic map and our travel reviews of CLASSIC TRAIN JOURNEYS along great rivers in Canada, Alaska, and Europe.